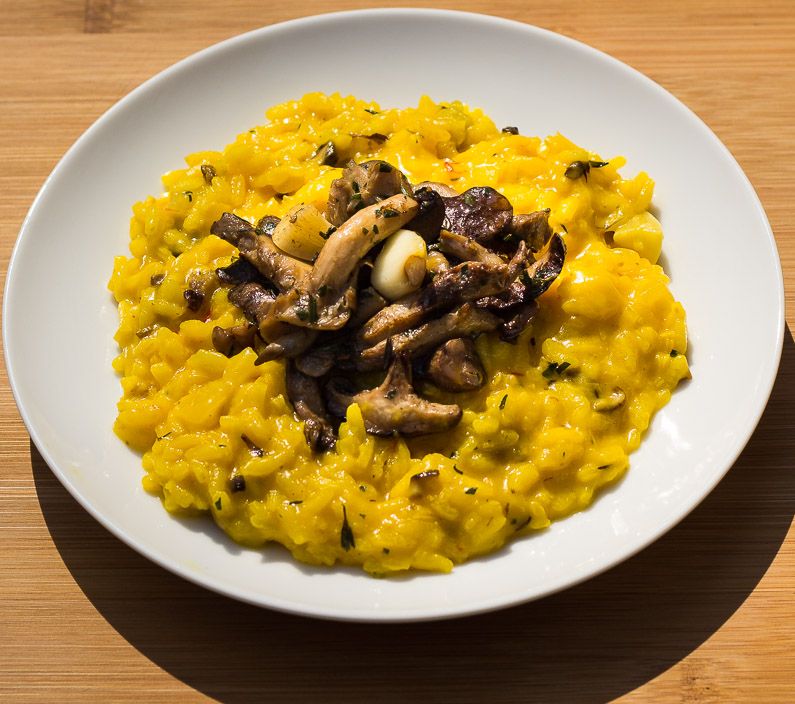 Recipe attribution and credit can be a tricky thing. The internet is like the wild west when it comes to this, ripe with ripped off recipes and people stealing other people’s ideas without giving credit. Several times I have stumbled across my own recipes copied word for word on other sites without attribution, and I definitely don’t like being on the recieving end. So I am always careful not to be on wrong side of this dilemma.

That being said I often get good ideas that I try in my own recipes from other recipes and cookbooks and I feel that as long as it is only a part of the recipe and the recipe as a whole is mine that it is ok to get inspiration from others. Especially if that inspiration is acknowledged.

This recipe is a prime example of this. I had been struggling at coming up with a truly killer mushroom risotto, and saw the idea of roasting the mushrooms in Jamie’s Italy by Jamie Oliver. He uses the technique in his Roasted Mushroom and Parsley Risotto and it really does add an extra depth of flavor. I combined this one idea with my own risotto technique with saffron and came up with a recipe that is different enough from his to call my own, but still owes a nod to his ingenuity.

What do you think? When does a recipe become your own? Are there hard and fast rules or a formula?