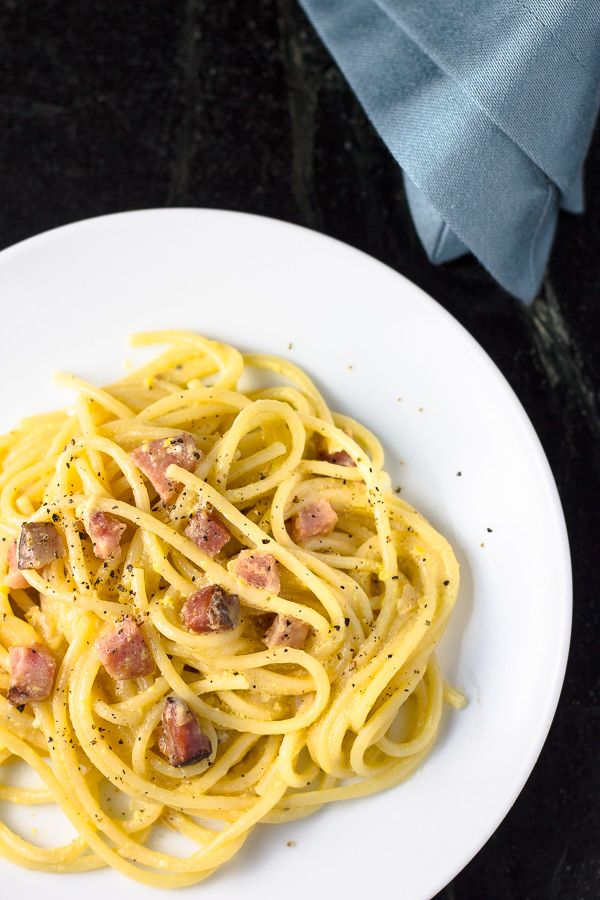 Spaghetti alla Carbonara is a classic Roman pasta dish, that has become a standard on menus in Italian restaurants around the world. As with any dish that becomes this ubiquitous, many variations tend to crop up, with people adding different ingredients along the way. One addition that pops up frequently is cream. While I am not typically a staunch traditionalist, and our recipe even demonstrates this with ingredients that some may argue with, I do believe strongly, as all Romans would agree, that cream has no place in a real carbonara sauce.

The ingredients that most agree are contained in a traditional carbonara sauce are guanciale(cured pork jowel), eggs, Pecorino Romano cheese, and freshly ground black pepper. Since, guanciale is an ingredient that is not that easy to get your hands on, pancetta is often substituted. This recipe is how my father served carbonara in his restaurant for years, and it includes shallots and white wine. Those ingredients may not be considered traditional, but they really do work in this dish because they enhance the dish by subtly complementing rather than taking away from the main ingredients.