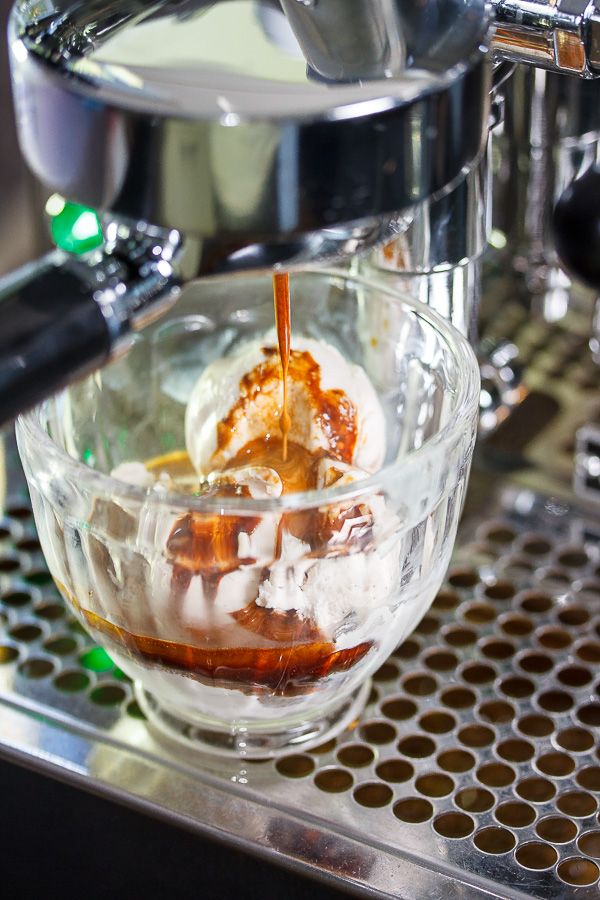 This week I had a strong craving for Affogato, a simple but delicious Italian dessert that is made by pouring a shot of hot espresso over a scoop of vanilla gelato. Naturally, to make this I needed vanilla gelato. So, this was as good a time as ever to break out my ice cream machine, which I had not used for a while, and make the gelato myself.

As I have mentioned before, there are a couple of styles of gelato. There is Sicilian style, which is made without eggs or cream, just a base of milk with corn starch and sugar (called crema rinforzata). And there is Northern Italian style which is made from an egg based custard made with either milk only or a combination of milk and cream. The style I prefer is usually tied to the flavor. With fruit or nuts like pistacchio, it is definitely the Sicilian, which really highlights the flavor of those ingredients, but when making vanilla I prefer a custard based gelato.

Note: If you prefer, you can replace 1 cup of the milk in the following recipe with 1 cup of cream.